Recently, Rod Glup announced that he would be retiring from Liquid Trucking after 11 years of dedicated service. But before he left we wanted to thank him for his years of great work with a few small tokens of our appreciation. Check out some of the photos from the party and read a brief conversation we had with him, below.

Tell me about your experience with Liquid Trucking. When did you start and what kind of work did you do?

I was hired in 2006. I had my own construction company then the recession hit. I knew Roger from school. I initially didn’t want to drive a truck but it ended up being a pretty good deal. I got to see a lot of the country that I never would have seen. The pay was very good and they were a very good company to work for. Anytime you asked off, they would give it to you. I had a granddaughter born in Florida and going down there to see her was no problem.

What did you like about the job in general and Liquid Trucking specifically?

To be honest with you, the whole experience was very good. They gave me four days off to go to a wedding of my buddy’s daughter down in Savannah. I was a long haul driver so I’d be gone 2-3 weeks at a time. In a way it was like being self-employed. I could go a whole week without talking to anybody. They trusted you to do what you were supposed to do. Really, the only reason I’m leaving is because I went on leave for a month to Costa Rica, this past November, and I just decided I didn’t want to get back in the truck. I was also in a car accident in November 2016 and that made it difficult to do some of the work. With that said, they were great to me. I just fell in love with Costa Rica.

What are you most proud of? Are there any stories or experiences you will remember?

One thing I’m proud of is that I only missed two days due to sickness. I never refused a load. I was reliable. For things I’ll always remember, I used to take a load to Mexico every week and I’ll always remember that. To be honest, I won’t miss driving a truck but I will miss all the people I worked with and for, because they are a great bunch of people.

Congratulations on your retirement. Tell me about your plans to move to Costa Rica and how that came about.

I thought that that’s what I wanted to do when I went down there on leave. It’s the only place I’ve ever been where nature is right there. You should come down and visit! Stay on the Caribbean side, though. The Pacific side is where all the resorts are and stuff. My buddy is gonna let me have a little stand on his property, he owns a dive shop down there, and I’m going to sell brats and beers on the weekend. I’ll be coming back from May ‘til October because I’ve got 11 grandkids that I want to see. So that’s the plan until I can’t do it anymore. 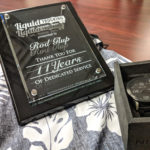 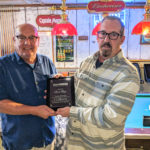 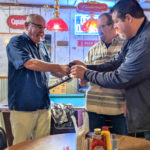 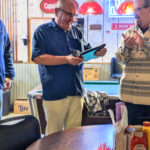 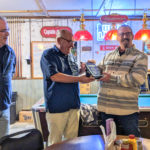 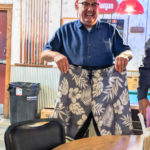