John Schwartman has Retired After 30 Years 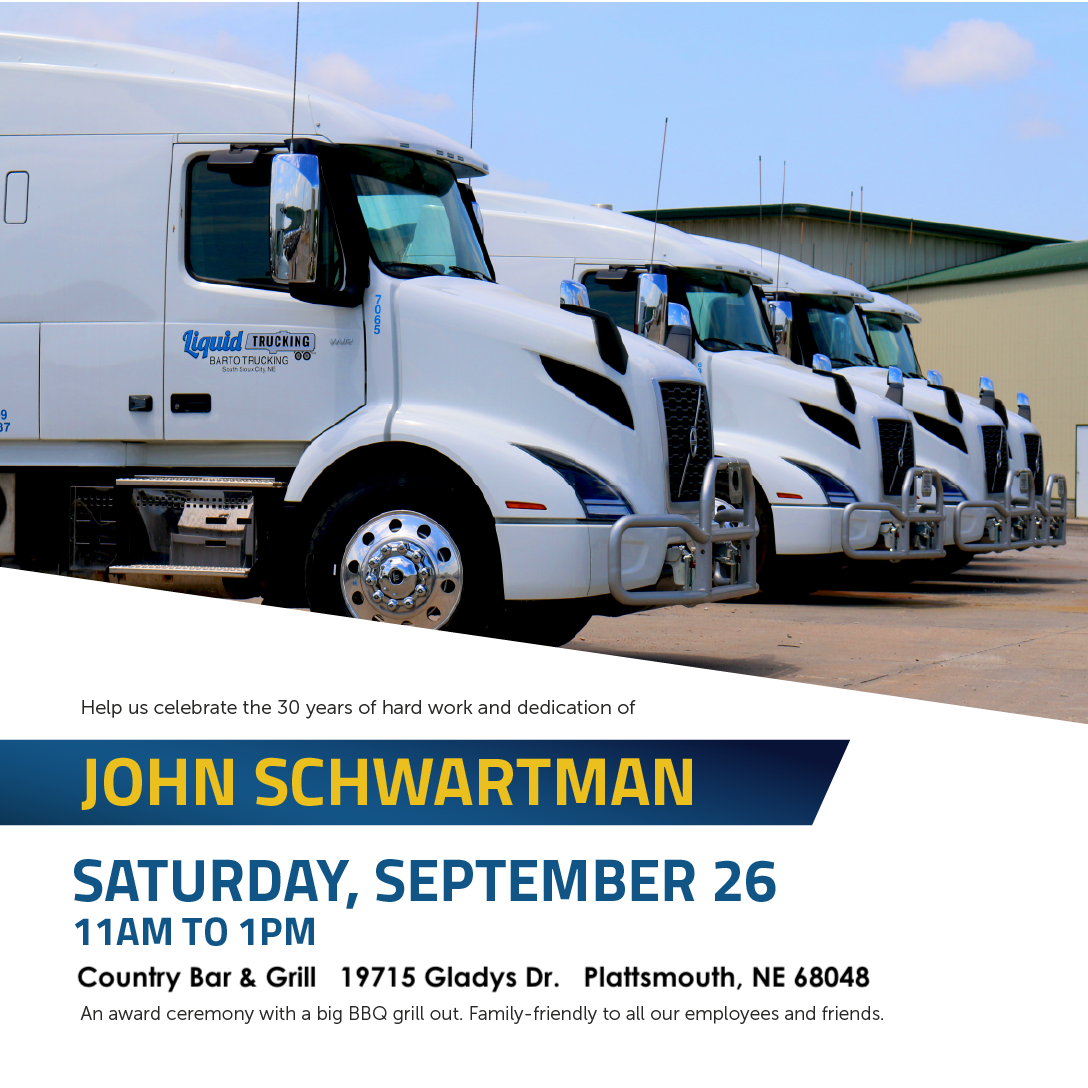 After 30 years of devoted service, John Schwartman has retired from Liquid Trucking in August of 2020. He has been a great asset to our company for many years. His hard work has played a major piece in Liquid Trucking’s success. 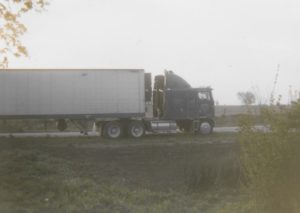 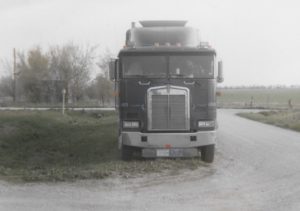 John and his daughter, Chris, in the front seat of his truck.

In 1990, John started working for Schmidt Transportation as a long haul truck driver. After four years, Schmidt then switched from hauling dry van freight to hauling liquids with Liquid Trucking. As most of you know, hauling liquids requires a great deal of mechanical aptitude. He was willing to take on the challenge and hopped right in the driver’s seat. 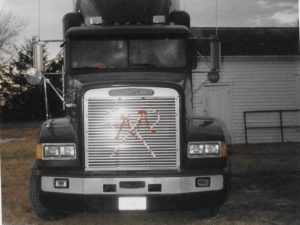 One of the trucks John drove while working for Roger. 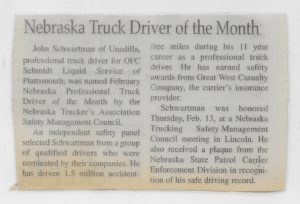 Newspaper clipping of when John received Nebraska Truck Driver of the Month.

Over John’s 30 years of experience, he has driven roughly three million miles for Liquid Trucking. Many of those miles were from long haul drives across the country and in all types of weather. Even when the conditions were less than favorable, he was extremely reliable, safe, and made the right judgment call. No matter what the job was, he would get it done and done on-time.

A lot has changed in the trucking industry since John first started, but he was willing and able to adapt to the latest trucks, technology, regulations, and whatever other roadblocks that crossed his path during his career. As a long haul driver, he consistently drove new and unfamiliar routes. While he always adapted, he would joke back “it’s a pretty good company, but a little unorganized.” And, that just goes to show how he was a no-nonsense type of guy with a dry sense of humor. He was known to give his co-workers a hard time and crack a half-smile as he walked away.

One special memory that many of his co-workers mentioned was when he drove as a team with his late wife, Karen. One mentioned, “we joked that Johnny did 99% of the driving while Karen ran the logbooks.” It was special to see them as a team and work so well together on the road. 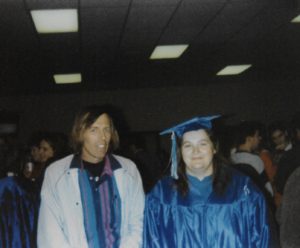 John and Karen at her graduation for truck driving school. 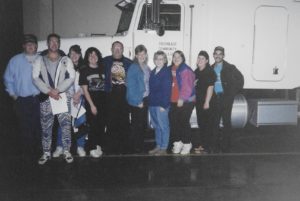 Karen and her classmates at truck driving school.

Once again, that just proves his commitment and loyalty to his job and those close to him. Now that John is retired, he will be missed as a driver at Liquid Trucking. He earned a lot of respect from his co-workers, because as a driver, he is as good as it gets.

Help Liquid Trucking celebrate the 30 years of hard work and dedication of John Schwartman! Join us on September 26 at the Country Bar & Grill from 11am to 1pm for his retirement party. We hope to see you there!