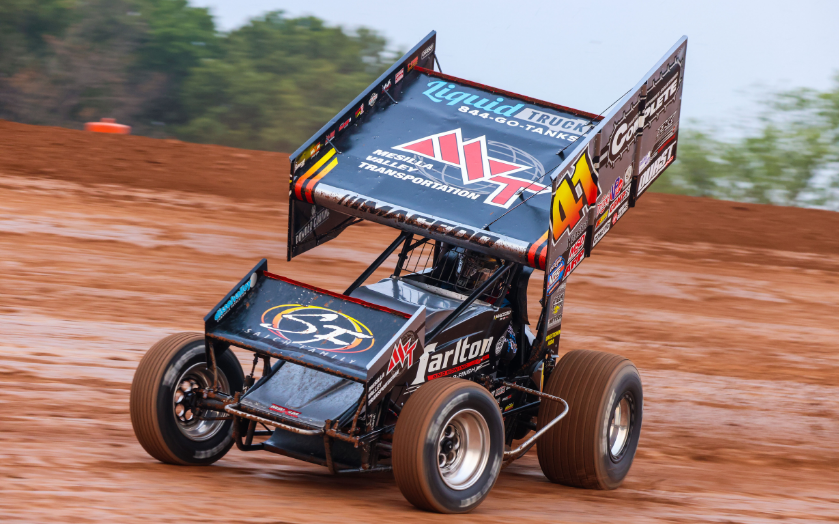 If you follow us on social media, you probably know by now, but if you don’t — we are a proud sponsor of Jason Johnson Racing #41 and Carson Macedo!

When we saw the opportunity to sponsor the Jason Johnson Racing #41 team for their World of Outlaws Sprint Car Series, we couldn’t say no. The Jason Johnson name has been a staple in the world of sprint car racing for many years. Jason, himself, was known as one of the most competitive and successful sprint car drivers of all time. While Jason is no longer with us, his legacy lives on. In late 2020, the JJR #41 team announced the addition of a new driver, Carson Macedo. From a young age, Carson has had a passion for racing that has resulted in my victories and titles throughout this career. As of the beginning of October, Carson has reeled in 15 first-place finishes for the season. He currently stands in third place in the overall series points. He’s just shy of 140 points from becoming a World of Outlaws Champion, which is something that Carson has always dreamed of.

The World of Outlaws is a big deal. It has been the home of premier dirt track racing for over 40 years. The series tours across the United States and Canada to visit 23 states and 140 race tracks. From start to finish, the drivers compete for a total of nearly $6 million in cash and prizes… Not bad, huh?

Recently, the World of Outlaws made a pit stop in our neck of the woods  — I-80 Speedway in Greenwood, NE. Not only were the Outlaws in town, but we had the pleasure of hosting “Liquid Trucking Night”. As expected the grandstands were packed for Liquid Trucking Night, and 26 teams were ready to compete for a $10,000 check and prize. Carson led the way to start the race and ended the night on the podium with a solid third-place finish. It was a fun time routing for our team, and overall, it was a great night for racing.

From I-80 Speedway to across the country, we take pride in sponsoring the JJR #41 team and Carson Macedo. We’ve had the privilege of building a partnership all while creating brand awareness on and off the track. If you make it to a race, be sure to look for the Liquid Trucking logo on top of the sprint car and on the driver uniform!

The World of Outlaws still has a few good weeks left of racing, so don’t miss out on the fun. Check out their schedule here!